Car Clutch: How it Works and When to Check it

Today we will talk about a fundamental component of our cars, the clutch, which we often neglect, but which can often meet a whole series of more or less serious problems: we will try to understand how it works and which are the alarm bells that should do us run in the workshop. 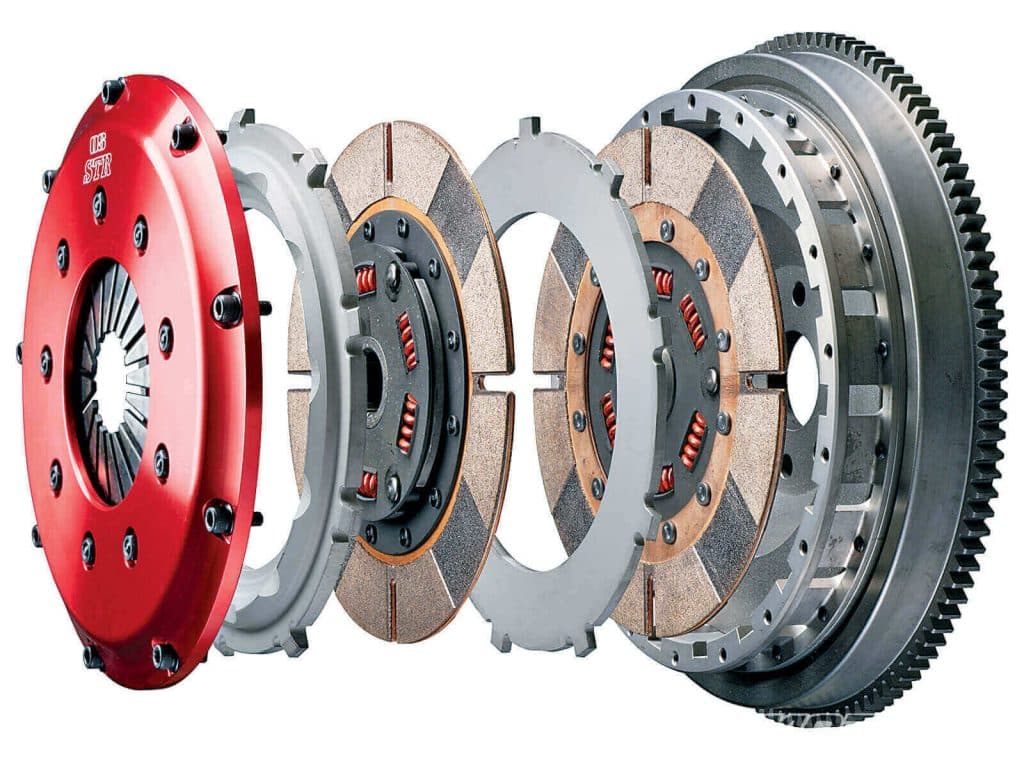 How does the car clutch work?

The clutch is the mechanism that allows transferring the motion from the engine to the change of the car; consists of three components:

Raising the pedal, the bearing and pressure plate move towards the engine flywheel and the pressure plate presses on the clutch disc, making it progressively adhere to the engine flywheel until it rotates at the same speed due to friction. At this point the clutch disc will again engage with the gearbox shaft spline, transferring it to the gearbox.

In practice, the clutch works in conjunction with the engine’s flywheel, and is one of the most important components of the car, and also of the most delicate, whose average duration varies greatly depending on the driving style and the types of routes performed by the cars :

Car clutch: how to notice that something is wrong?

The clutch problems are among the most common among those that can be found in a car, and all car models are subject to them, from city cars to extra-luxury sedans. Here are the alarm bells that should lead us to have it checked:

All these symptoms are not to be underestimated, as they are indicative of the fact that some of the components of the clutch have undergone more or less serious alterations: in the best of cases a replacement of the oil in the gearbox will suffice, in the worst case the whole will have to be replaced clutch .

The duration of the latter also depends very much on the type of driving: it is a good habit to drive by completely removing the foot from the clutch pedal and, when changing gear, to “use” as little as possible.

One of the most common problems that occur when the clutch is mistreated is that of the so-called “slipping clutch”: in practice the disc runs on the flywheel of the engine and remains glued to it, making gear changing very difficult or even impossible.

Before arriving at this point we advise you to pay close attention to the signals that your car sends, without forgetting to have the clutch checked periodically, to avoid serious damage.

If you have an old car that is problematic with the clutch, you might consider selling it since it would be very expensive to get it fixed and may not be worth it considering your car’s condition. An old car removal service would be what you are looking for such as Scrap Cars Removal. Get paid cash for your old car removal and save towards a new car.